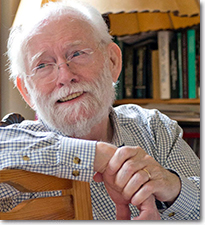 For 46 years (and counting) Philip Arnoult has happily haunted the margins of American and international theatre.

He had a 30+ year relationship with the International Theatre Institute, working closely with Martha Coigney and the US Center from 1974, serving as a board member, and had leadership roles with the New Theatre Committee/New Theatre Working Group. He was a member of the US Center’s ITI Congress delegations beginning in the 1979 Sofia Congress. His last ITI Congress was Athens 2002. In between, he attended Madrid 1981, East Berlin 1983, Toronto/Montreal 1985, Havana 1987, Helsinki 1989, Istanbul 1991, Munich 1993, Caracas 1995, Seoul 1997, and Marseille 2000

He worked closely with Coigney and ITI, bringing (and directing) two festivals in Baltimore: The New Theatre Festival in 1976, and The Theatre of Nations Festival in 1986.

In 1991 he founded the Center for International Theatre Development (CITD).

His CITD work has had a constant focus in Eastern and Central Europe with projects and exchanges in Russia, Hungary, Poland, Bulgaria, Slovakia, and Romania. Directors and playwrights from those countries have worked in a long list of American theatres, including American Repertory Theatre, Arena Stage, Woolly Mammoth Theatre, Portland Center Stage, and New York Theatre Workshop, The Eugene O’Neill Theatre Center, The Humana Festival, and The Sundance Theatre Lab.

Arnoult began another decade-long project in Kenya, Tanzania and Uganda in 1998, with the Ford Foundation’s East African Office, developing regional initiatives in professional training, exchange, and commissioning. He also worked closely with a cohort of Kenyan artists around the creation of the GoDown Arts Center in Nairobi that opened in 2003. He linked his work in Russia with a developing contemporary dance movement in East Africa and created a three-year Russian/East African exchange project, DANCE TRAFFIC (2001-2004). The Sundance East African Theatre Lab grew out of early joint projects in the region with CITD.

Arnoult has worked deeply, and in various capacities, with four laboratory theatres: The Iowa Theatre Lab and Double Edge Theatre, both in the US, and in Poland with Włodzimierz Staniewski’s Gardzienice Center for Theatre Practices and Theatre ZAR.

He has worked closely over three decades with The Trust for Mutual Understanding on a wide array of projects in Eastern & Central Europe.

He has worked with professional training programs at a number of US universities, including Antioch College, University of Tennessee, Bennington College, and Towson University.

Arnoult is the recipient of the 1990 Rosamond Guilder Award from the US Center of ITI, and was honored as 2014 Adam Mickiewicz Laureate (Poland).

His archives are now located at the Sheridan Libraries of Johns Hopkins University in Baltimore—and continue to grow.

He lives in Baltimore with his wife and professional partner, Carol Baish.